The unit weight of a soil depends on the composition of the soils particles, the amount of water in the soil, and how well compacted the soil is. The contributing factors include, but are not limited to:

In theory this is as simple as measuring a soil’s volume then weighing it. In practice it can be more difficult because as soon as you extract a sample of soil it may collapse, expand, change moisture content or vary in a variety of other ways. If a sample is carefully removed from site and transported to a laboratory, the density can be measured using the methods described in Chapter 7 of BS 1377-2:1990.

Determining the density of soils in-situ can be achieved using methods described in Chapter 2 of BS 1377-9:1990. One of the more common methods used on site is the nuclear density gauge (see Figure 1).

Several studies have attempted to assess a typical unit weight for a given soil type and ABG typically uses the information in BS 8002, as well as other sources, and values accumulated in over 30 years of operation. This information has been combined into Table 1, below. 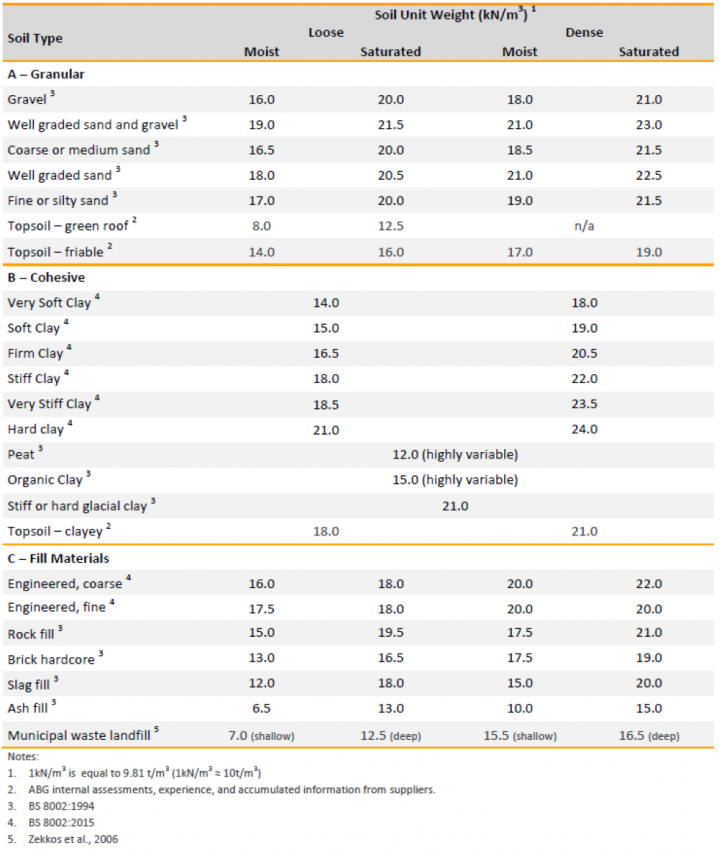