The strength of soil is typically defined as the resistance to shear stress in terms of the effective internal friction angle and effective cohesion (c’). This technical note is intended to provide a basis for estimating a soil’s unit weight in the absence of specific testing results.

On site the most common technique is the correlation between shear strength and SPT (Standard Penetration Test) results.

Typical shear strength parameters for various soils have been estimated by several sources depending on the amount of information available. Broadly speaking, information about the soil, and the method of estimating shear strength falls into one of two categories: 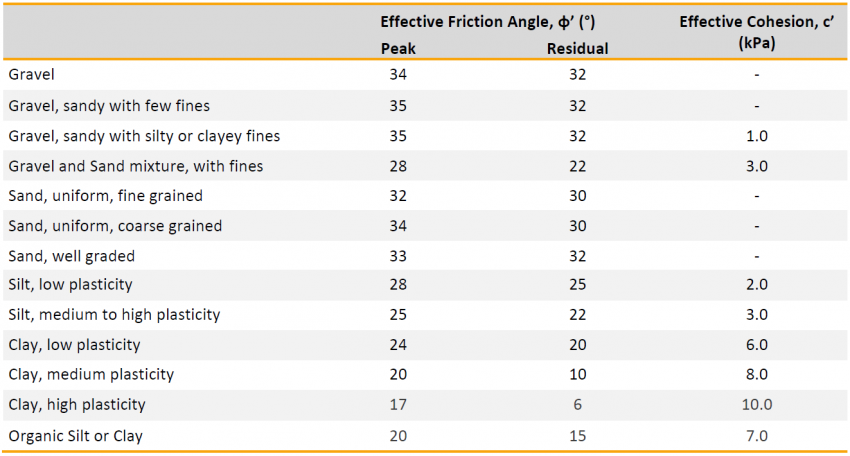 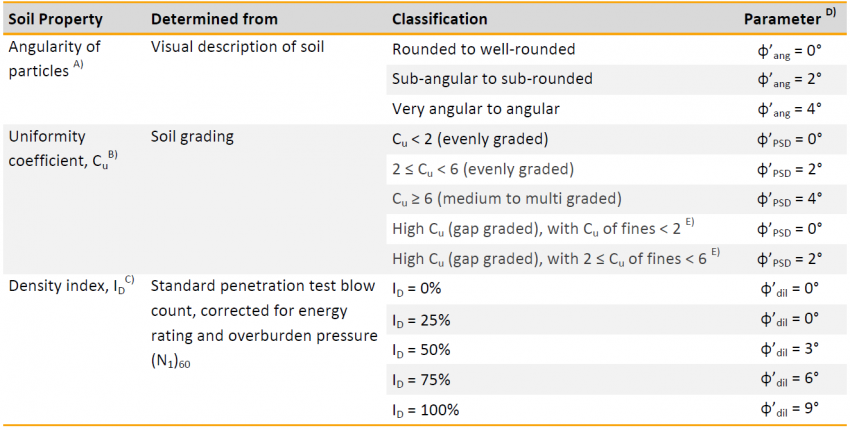