Values for dynamic perforation test (cone drop test) to EN ISO 13433 are often stated on geotextile datasheets and are therefore included in design specifications for protection geotextiles. This Technical Note sets out why cone drop values are not an indicator of design performance for protection of capping membranes in landfills.

Of the three tests, the dynamic perforation (cone drop) test is not the most relevant, but is often stated as it is the easiest to perform. The procedure involves the measurement of the diameter of a hole made by a 50mm metal cone dropped from 0.5m onto a specimen of geotextile clamped in a circular block and suspended in fresh air. This means that the geotextile is able to deform freely in the vertical plane. 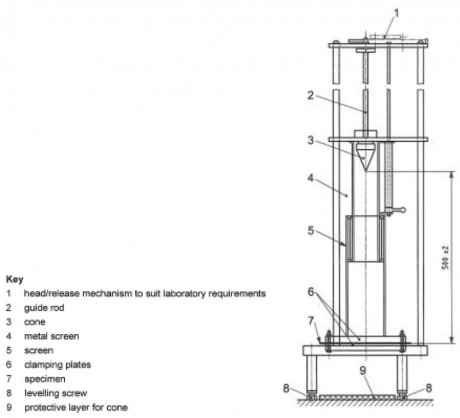 The static puncture CBR test bears similarities to the cone drop test, but is somewhat more relevant. The procedure involves the measurement of the force required to push a 50mm diameter metal piston through a specimen of geotextile clamped in the same arrangement as described above.

The protection efficiency test is the most relevant to the protection performance of a geotextile. The procedure involves the measurement of the strain in the protected geomembrane laid on a rubber mat as a result of 20mm diameter metal balls placed onto the geotextile and loaded by a steel plate at a range of pressures. The test assesses the interaction of the geotextile with the geomembrane that it is protecting. It is a more complex and expensive test and is therefore rarely stated on datasheets. 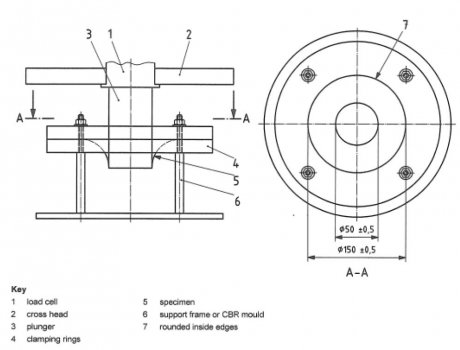 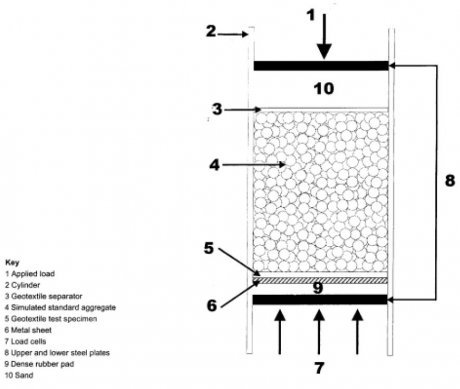 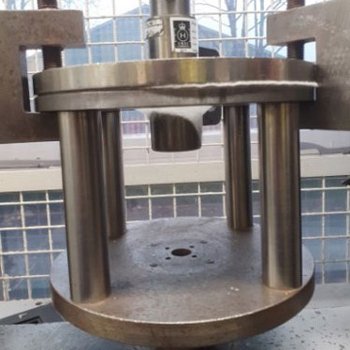 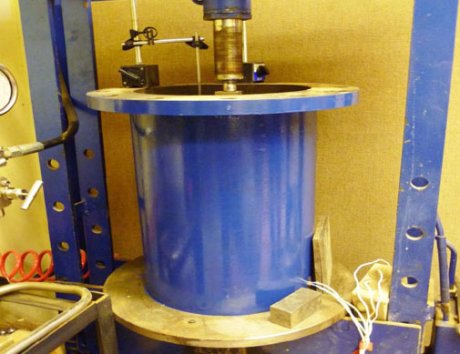 Relevance of the dynamic perforation test

The dynamic perforation test is an index test giving a measure of the resistance to damage of the geotextile itself. The test was developed to simulate coarse aggregate falling onto a geotextile during installation – as in road construction – where the geotextile is laid over a very soft subgrade. There is no known correlation between the dynamic perforation test and the ability of any geotextile to protect a geomembrane, and indeed the standard itself states; “the validity of this test for some types of products should be considered carefully, as the test principle may not be applicable” (BSI, 2006b).

The test favours geotextiles that are able to stretch and deform immensely – not at all ideal for protecting a relatively stiff geomembrane. In fact, geotextiles that exhibit good values of dynamic perforation resistance tend to have poor values of static puncture resistance (CBR). Static puncture resistance CBR has been shown to directly correlate to geomembrane protection (Jones, Shercliff & Dixon, 2000: Shercliff, 1996).

There are three available test methods related to puncture. The dynamic perforation cone drop test (EN ISO 13433) is not the most relevant and will not give an adequate indication of good geomembrane protection in landfill capping situations. The static puncture CBR test (EN ISO 12236) is widely used in all landfill capping specification as it is a good indicator of geomembrane protection and a test that is convenient to perform. The protection efficiency test (EN 13719) is the most relevant test but infrequently used as it is a complex and expensive test. A geotextile with a dynamic perforation cone drop value less than that specified should not preclude the use of that geotextile for geomembrane protection if the geotextile has a satisfactory static puncture CBR test result.