The historic market town of Melton Mowbray in Leicestershire has a population of over 25,000 people and is well known as the home of pork pie and Stilton cheese production. The settlement was developed around the confluence of the River Eye which joins with the River Wreake in the town centre. Flooding previously occurred approximately once every five to six years in Melton Mowbray and the surrounding villages, with records dating back to 1828. The worst recent flooding was in Easter 1998 and 164 properties were flooded when the River Eye spilled its banks during a 1 in 50 year storm event.

The Environment Agency needed to develop a flood alleviation scheme to protect residents and businesses against such future events. The chosen option was to implement flood storage upstream of Melton to a 1 in 100 year standard of protection by constructing a dam and surrounding embankments in Brentingby. The completed dam can retain approximately 3.7 million cubic metres of water, up to a maximum of 4.5 metres above the floodplain. The dam and surrounding embankments are approximately 650 metres long and required scour protection both upstream and downstream of the control barrier structure to reduce erosion during flood events, particularly where the river runs parallel. During the original FAS embankment construction, a layer of temporary coir Turf Reinforcement Mat (TRM) was installed that now needed upgrading following an inspection and maintenance check. It would be cost-prohibitive to remove the old layer, so a solution was needed whereby the existing TRM could remain in-situ and a new one installed above it to provide reinforcement should over-topping occur.

ABG was approached by Mott MacDonald for advice on the removal and treatment of the existing vegetation. Erosamat 3/20Z 500M was chosen because of its ability to withstand over-topping flow velocities of up to 7m/s when fully vegetated. The mat consists of a dense matrix of UV stabilised filaments, thermally bonded together and reinforced with a polypropylene mesh to create a tough and flexible, long-lasting erosion control TRM. 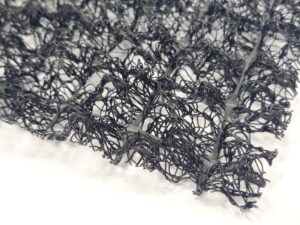 The existing vegetation was cleared and the Erosamat installed onto the topsoil above the old temporary matting to provide root reinforcement and protect the newly hydroseeded grass against damage by wind, rain and water erosion. As the vegetation grows into the mat, the roots become entwined within the fibre matrix to provide strong anchorage that is capable of resisting high shear stress from flood water in the event the embankments over-top. 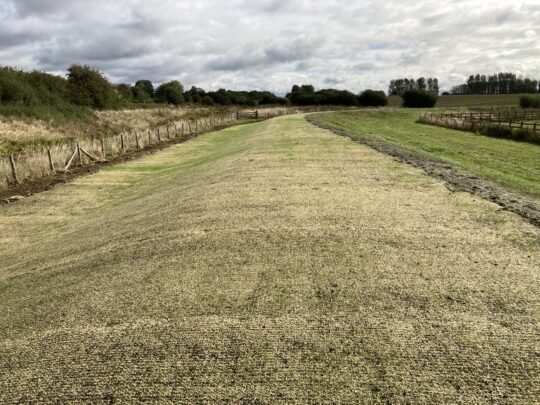 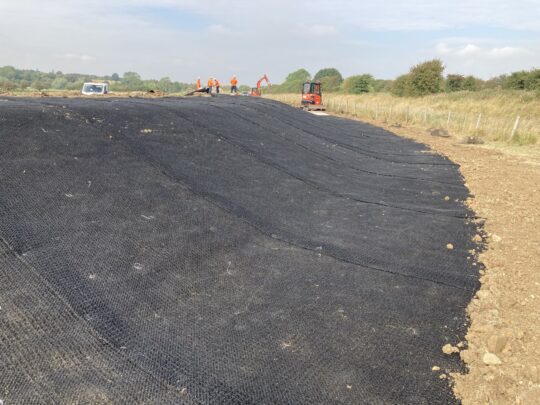 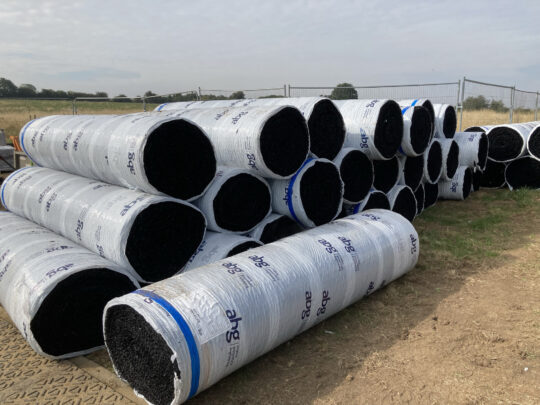 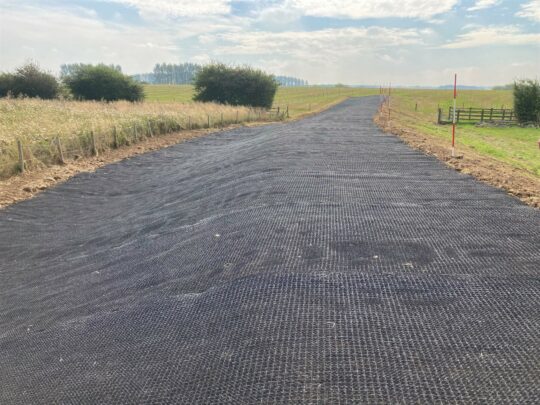 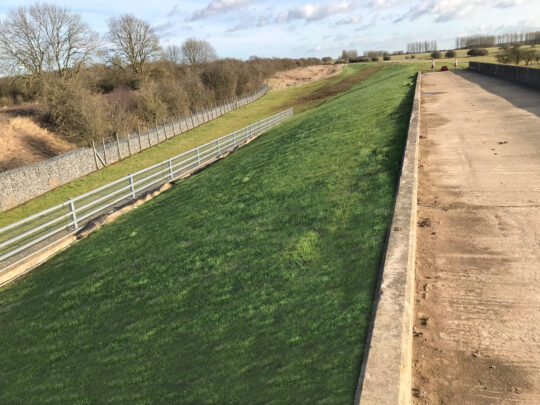 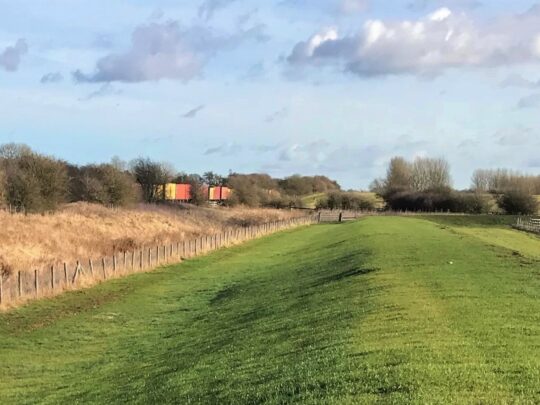 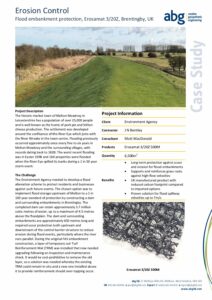