The Aller Moor spillway is situated between the rivers Parrett and Sowy in the Somerset Levels. The site is around three metres above sea level and has historically been prone to flooding from both fresh water and occasional salt water inundations.

The Environment Agency monitors high tides on the tidal section of the River Parrett and operates the main inlet structures controlling the water levels and flows. The River Parrett is 3-4 meters above the River Sowy and in flood conditions the Parrett overtops both its embankments and flows to the Sowy over a grassy bank, resulting in severe erosion. Flood management improvements included the raising of the external embankment and the design of a new spillway to take the increased flow between the two rivers when the Parrett overtops.

The challenge was to design a spillway that would withstand prolonged high velocity flood water flows. In line with Environment Agency policy, a natural vegetated appearance is preferred, avoiding concrete or hard armour options if possible.

Following the re-profiling sections of the river bank and spillway, it was determined in discussions with ABG that a correctly installed Turf Reinforcement Mat (TRM) system was required to withstand specified hydraulic loadings during flood events. ABG’s Erosamat Type 3/20Z 500M was selected for this rigorous application. Defined as an open mat under CIRIA Report 116, ‘Design of Reinforced Grass Spillways’, Erosamat provides a permanent and effective surface erosion control and vegetative root reinforcement layer.

The intention was to complete construction in early summer allowing time for establishment of a fully vegetated slope. However, delays in construction meant vegetation was not fully established by winter 2013/14. Prolonged heavy rainfall led to extensive flooding and the new flood defence measures worked well, with no significant loss of soil due to erosion. Independent data collected by Black and Veatch during the 62 day flood reported the spillway and TRM functioned as intended. This data demonstrated that unvegetated Erosamat Type 3/20Z 500M provided sufficient protection to the spillway for velocities exceeding 4 m/s over prolonged periods. Fully vegetated Erosamat 3/20Z 500M is capable of hydraulic loadings in excess of 6 m/s.

Contact ABG to discover how Erosamat erosion control geosynthetic could help you deliver a sustainable and cost efficient solution on your project. 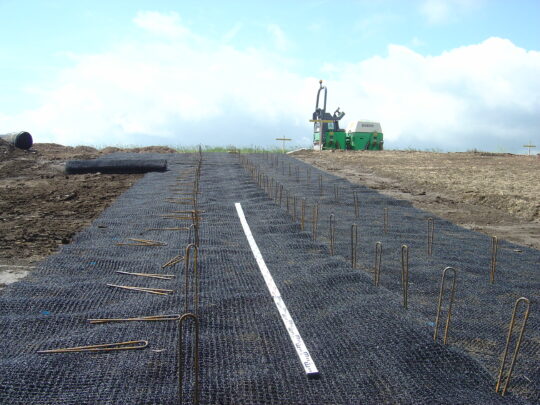 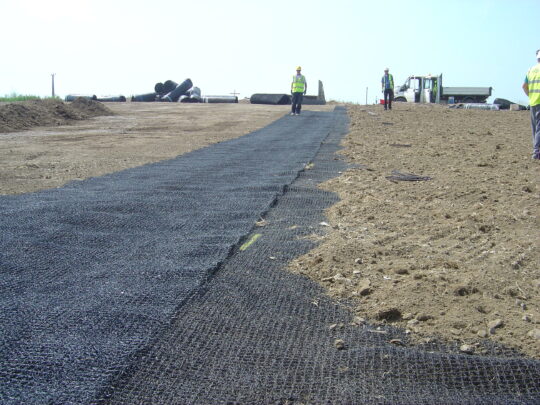 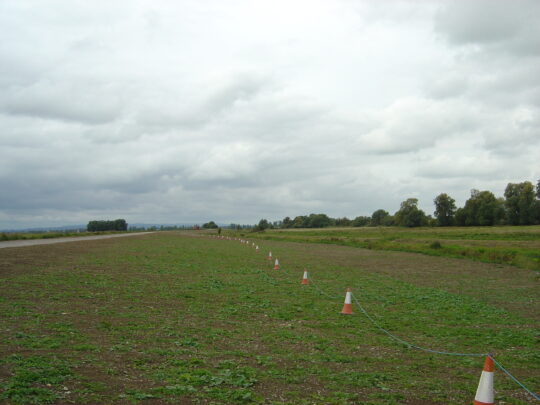 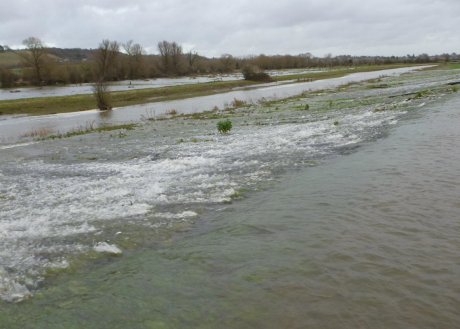 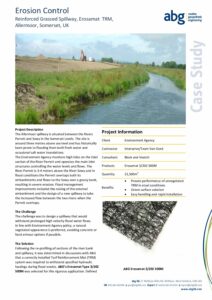