Vane Tempest Colliery, located near the coastal town of Seaham, produced coal from 1926 to 1993. As part of the UK Government’s coal fields reclamation programme, this vacant brownfield site was given planning permission for the development of housing. A full ground investigation revealed the extent of contamination so that appropriate and cost effective remediation measures could be conducted.

The previous use of this area of land had left a legacy in terms of polluted ground. It was not physically feasible to remove the contaminated soil and too expensive to treat the soil in-situ. The original design proposed to remove only the most contaminated soil and install a capillary break layer between the contaminated ground and a 500mm clay barrier, onto which 750mm of new imported clean soils would be laid and the houses constructed. The chosen capillary break layer was a 250mm layer of DTp Class 6F2 stone. There was also a need for a pollution indication layer to alert residents and contractors not to dig into the capillary break layer, and this was specified in the form of an orange indicator geogrid.

The problem with the original design was that such major earthworks would require thousands of heavy-goods vehicles laden with imported materials to travel through the small seaside town of Seaham, causing significant disruption and air and noise pollution during the construction works in the summer holidays.

ABG proposed Pozibreak geocomposite capillary break layer in lieu of the 250mm layer of 6F2 stone. Pozibreak geocomposite was manufactured in a bright orange; this removed the need for an additional indicator geogrid. The specified Pozibreak was manufactured from HDPE, which provides excellent resistance to the chemicals present in the contaminated ground. By choosing Pozibreak capillary break drainage geocomposite, the client and contractor were able to reduce the number of vehicle movements by 2,500, greatly minimising the environmental impact on Seaham and vastly speeding up the construction.

Orange Pozibreak geocomposite was supplied in rolls 4.4m wide and 50m long, with the upper side virtually impermeable to water. This served to create an additional partial capping layer that also prevented the clay layer from drying out and cracking. 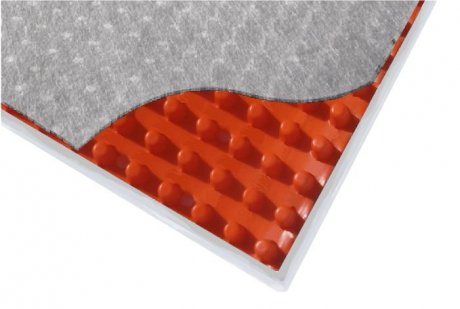 Contact ABG today to discuss your contaminated land or drainage project specific requirements and discover how ABG past experience and innovative products can help. 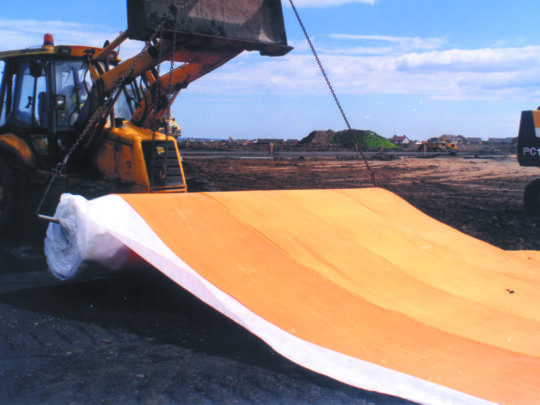 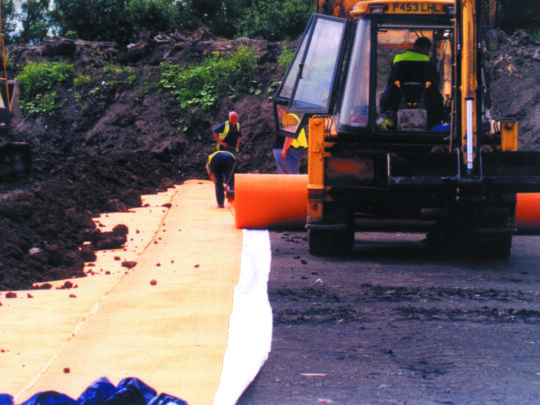 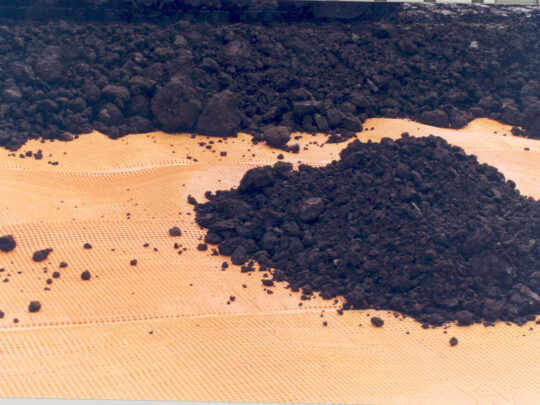 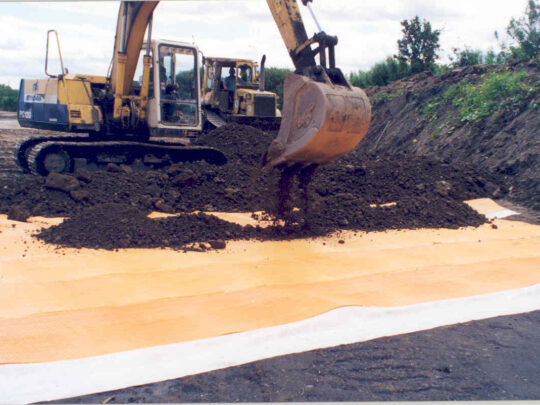 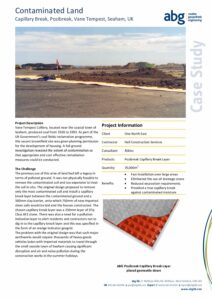