Asphalt is one of the most commonly used materials for the surfacing of roads and airport runways, taxiways as well as other trafficked structures such as car parks and distribution centres.

The low tensile strength of asphalt means it can be easily damaged by a number of factors including settlement, fatigue, temperature fluctuations and vehicle loadings. Damage arising from reflective cracking usually manifests as a cracked or broken surface which has implications both for the comfort of the road user, vehicle damage and also to the subsequent on-going maintenance costs to the operator of the paved area. The ABG range of asphalt reinforcement grids offer systems designed specifically to mitigate these issues, offering increased life cycles for the pavement and a reduction in both new build and on-going maintenance costs.

The use of geosynthetics offer many benefits over the traditional methods of construction which they replace including reduced construction times, and thereby, project costs. By allowing thinner pavements to be designed they help minimise the environmental impact of the project by reducing the volume of materials used thereby reducing the transport loads both to and from the site.

Rotaflex is an asphalt reinforcing system comprising of a coated glass fibre grid bonded to a polyester geotextile. It forms a key component of sustainable road maintenance and construction and is designed to provide crack control, pavement reinforcement and to prevent premature road break-up occuring as a result of increasing axle loads. 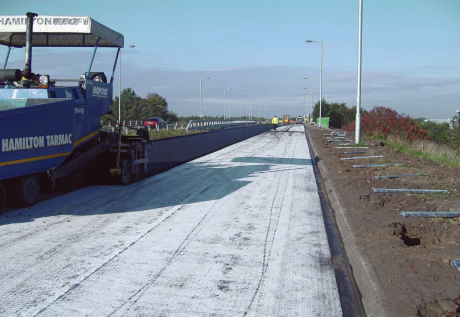 ABG’s asphalt reinforcement systems including Fortifix® and Rotaflex are commonly used to reinforce road surfaces that are prone to the following: 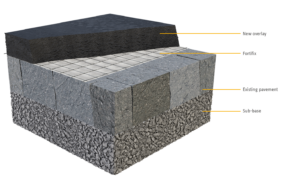 A major problem in road widening schemes is that the new and old pavement structures tend to move apart due to differential settlement and thermal movement. By reinforcing the joint with Fortifix® and Rotaflex geogrid geosynthetic, the harmful effects on the final service can be virtually eliminated. 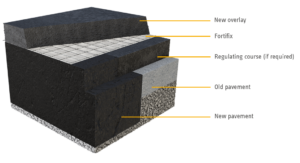 Thermal movement within concrete pavement results in contraction and expansion at construction joints. It is essential that the concrete pavement is well seated, a regulating course may be required. Fortifix® and Rotaflex asphalt reinforcement systems are laid to reinforce the new overlay and prevent or retard cracking. 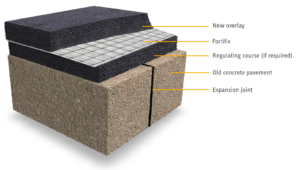 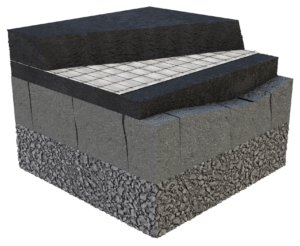 This is perhaps the most common problem faced by highway engineers. Fortifix® steel grid and Rotaflex glass fibre grid composite systems are both suitable for the resurfacing of roads with a lean concrete base. Both Fortifix® and Rotaflex are laid below the new asphalt overlay to provide crack control, reinforcement and waterproofing. 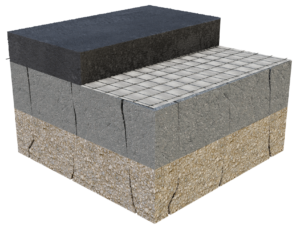 Adequate subgrade drainage of pavements is the key factor for extending pavement life. Fortifix® and Rotaflex are used with the asphalt overlay to provide reinforcement and waterproofing. Fildrain geocomposite drainage layer performs as an efficient cut off and subsurface drainage system. 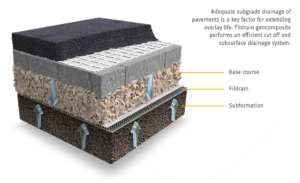 The increased overlay life using Fortifix® or Rotaflex can save one or more future overlays. This saves time, disruption,and up to 75% of costs over a 20 year period. Alternatively short term savings can be made by reduced overlay thickness and avoidance of kerb raising and threshold problems. 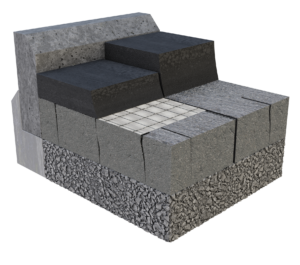 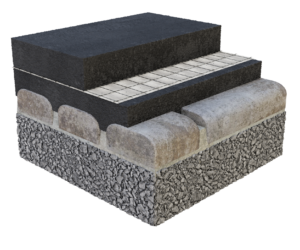 ABG offer a complete service in the field of asphalt reinforcement from initial design right through to a complete installation service.

Please contact us for further information on how ABG Geosynthetics can help your asphalt reinforcement project. Click for our Asphalt Reinforcement Grid Installation Service. 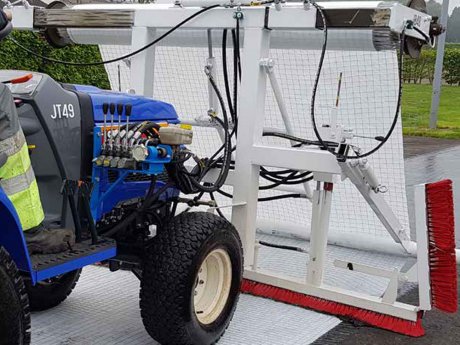 Fill out our quick contact form with your product, application, technical or sales enquiry and one of our team will be in touch soon. 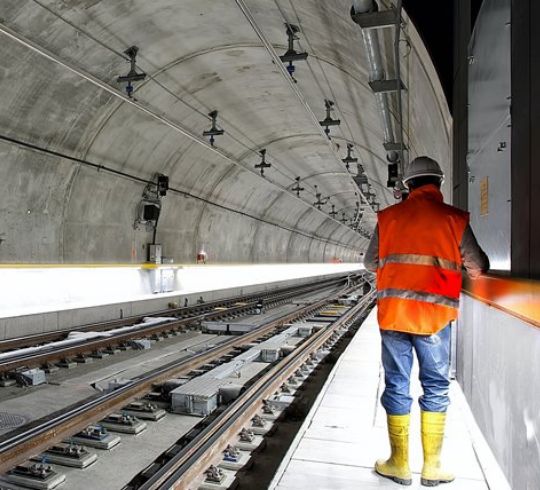